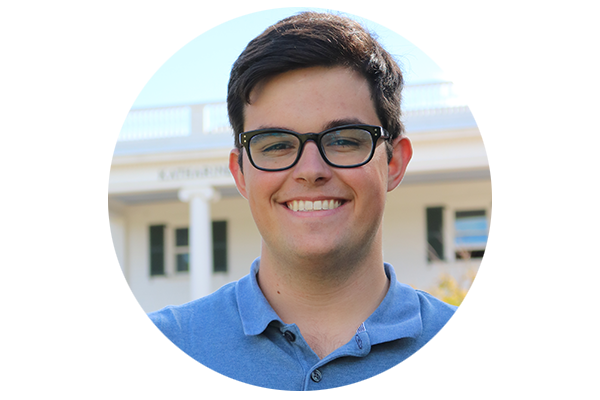 Congratulations to Honors College senior Matthew Rogers our newest Rhodes Scholar! Matthew is one of only 32 U.S. students to receive the honor to study at the University of Oxford in the United Kingdom. A senior majoring in software engineering, Matthew will pursue a doctorate in cyber security.

Read more about this honor, and Matthew. 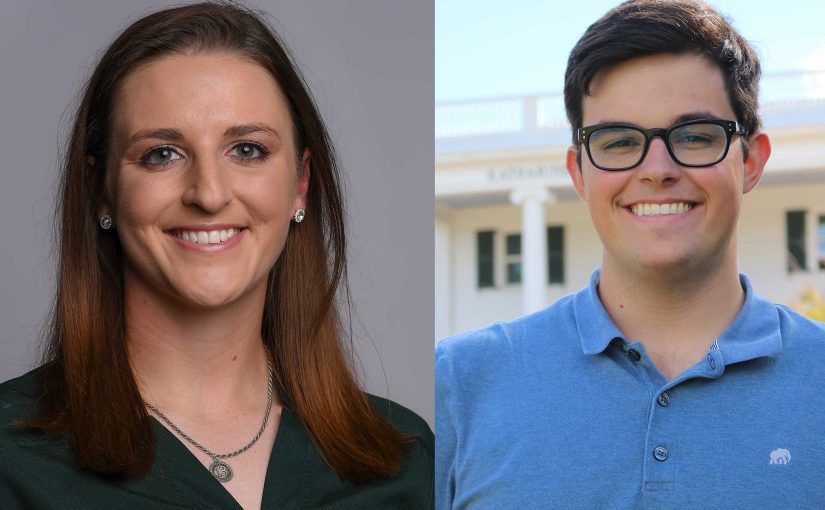 Two Auburn University seniors will interview for the prestigious Rhodes Scholarship in the following weeks. Kasey Cooper, a senior majoring in mechanical engineering with a minor in sports coaching, and Matthew Rogers, a senior majoring in software engineering, will travel to Birmingham in mid-November to interview with other finalists from Alabama, Louisiana, Florida, Mississippi, Puerto Rico and the U.S. Virgin Islands.

Cooper, from Dothan, has a near-perfect 3.98 grade-point average in the Samuel Ginn College of Engineering, as well as an active research agenda. To date, she has participated in three research projects: gynecologic oncology at the University of Alabama at Birmingham; ACL prevention research in the Biomechanical Engineering Lab at Auburn University; and a Demarini Bat Study in the Sports Biomechanics Lab at Auburn University. In addition, she spent the summer of 2015 as a manufacturing engineering intern with Lockheed Martin.

Cooper is also a former member of the Auburn Tigers Softball team where she helped carry the team to back-to-back SEC Championships, as well as two Women's College World Series appearances in 2015 and 2016. She is the first softball player in the history of the Auburn Tigers program to be invited to Team USA. While there, Cooper earned a Gold Medal at the World Championship of Softball in 2016, and Silver Medals at both the 2017 Japan Cup and 2017 World Cup. A four-time member of the SEC Academic Honor Roll, she was the SEC Scholar Athlete of the Year in 2016 and in 2017. She was also the 2016 SEC and espnW Player of the Year and 2015 NCAA Co-Freshman of the Year. Earlier this year she was named the Alabama Sports Hall of Fame Scholar-Athlete of the Year.

“In her actions and her words, Kasey has demonstrated breadth and depth,” said Professor Anahita Ayasoufi in the Department of Mechanical Engineering. “She showed great metacognition ability, as well as an intrinsic motivation for going above and beyond the concepts discussed in class. She was always searching for diverse applications of what we learned, a quality quite beneficial for leading successful research.”

"I am humbled and truly honored at having being selected as a Rhodes Scholarship finalist,” Cooper said. Such opportunities are only possible because of the continued support and guidance I've received as an Auburn University student-athlete.”

Matthew Rogers grew up as the son of an Army officer and for much of his life lived on Army posts throughout the country. Since his father’s retirement from the U.S. Army, Rogers has called Huntsville his home. As a member of the Samuel Ginn College of Engineering and as an Honors College student, he is currently enrolled in three graduate-level (6000/7000) courses and maintains a perfect 4.0 grade-point-average. As a funded Undergraduate Research fellow, he is working on a Trusted Platform Module, or TPM, crypto-processor to create secure exchanges of information at scale for IBM. Roger’s research aims to create a secure relationship between the hypervisor and their own TPM chips.

Rogers has worked three summers as an undergraduate research intern at the Huntsville based Dynetics Inc., where he helped develop malware analysis tools in an effort to automate vulnerability scanning and exploitation. He has given numerous presentations on malware analysis at professional conferences throughout the country and is a co-author for several internal reports. Because of his work in cyber security, he has appeared on the CBS Sunday Morning News as well as National Public Radio’s “All Tech Considered.” Matthew serves as an Honors College Ambassador, an Undergraduate Research Ambassador, a co-founder of the Auburn Ethical Hacking Club, past Treasurer for the Auburn chapter of the Association of Computing Machinery, and as a Cyber Patriot volunteer assisting Cyber Patriot teams in their preparation for competition.

“Matthew Rogers is one of those students who is genuinely curious about subject matter and someone who thinks deeply about any topic that he is presented,” said Edward Thomas, a professor in the Department of Physics and associate dean for research and graduate studies in Auburn's College of Sciences and Mathematics. “There were several occasions where Matthew would ask a leading question about a topic that I was planning on discussing two or three lectures ahead and I would have to ask him to hold his thought until we caught up to that point. I was impressed with his physical insights into topics ranging from circuit theory to electromagnetic waves – especially since his major is software engineering!”

If awarded the Rhodes Scholarship, Rogers plans to pursue a DPhil, or doctor of philosophy, in Cyber Security in preparation for a career in cyber security.

“I am grateful for the opportunity to interview for such an award and look forward to meeting with the scholarship selection committee” said Rogers.

“Our Auburn family can take great pride in Kasey’s and Matthew’s many achievements both inside and outside of the classroom,” said Paul Harris, associate director of the Honors College and professor of political science. “We’re excited that they will have the opportunity to interview and look forward to continuing to work with them as they prepare.”

The Rhodes Scholarships, founded in 1904, are the oldest international fellowships. Each year 32 scholars are selected from the United States. Winners of the scholarship have the opportunity to do graduate work at the University of Oxford located in Oxford, United Kingdom. 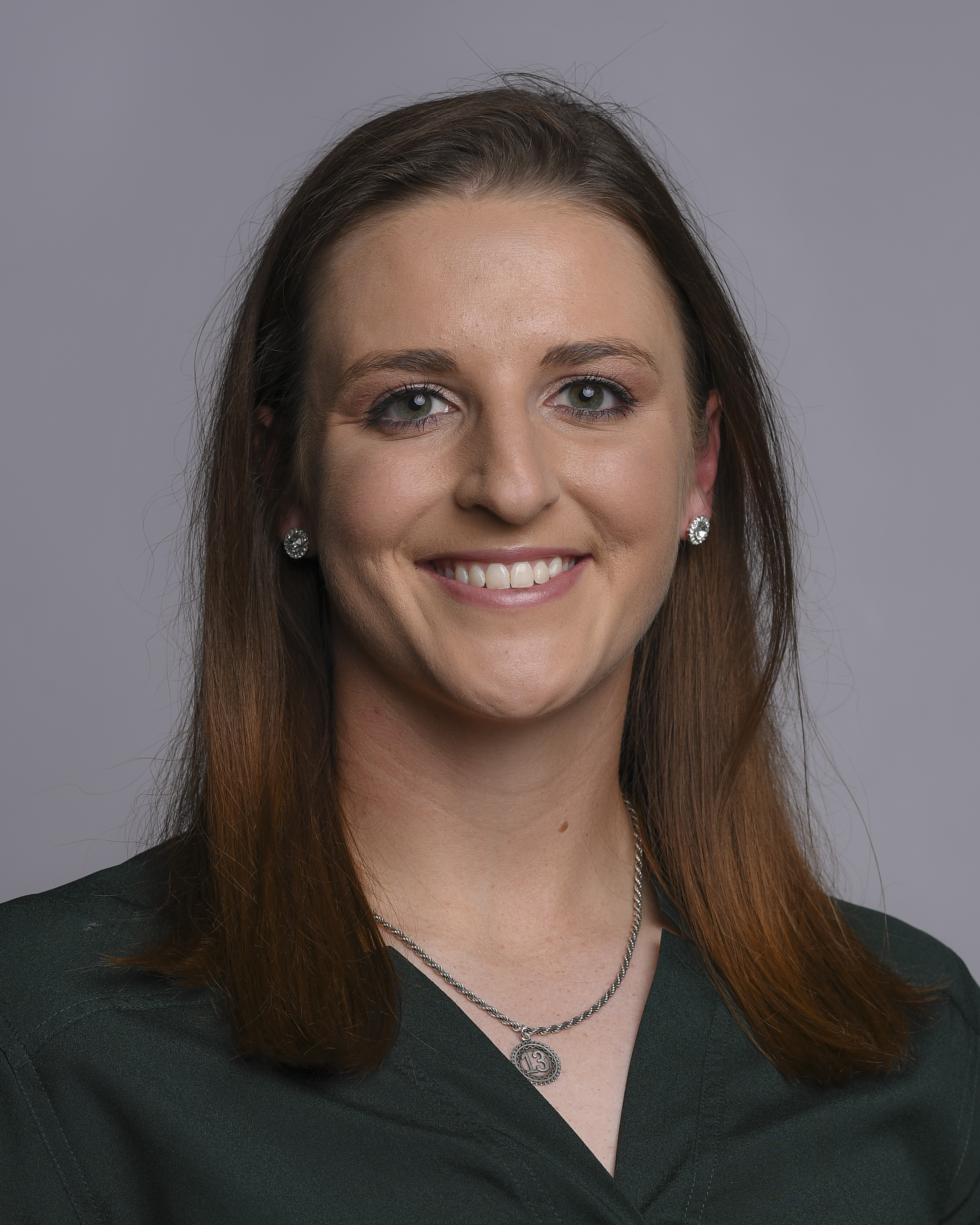 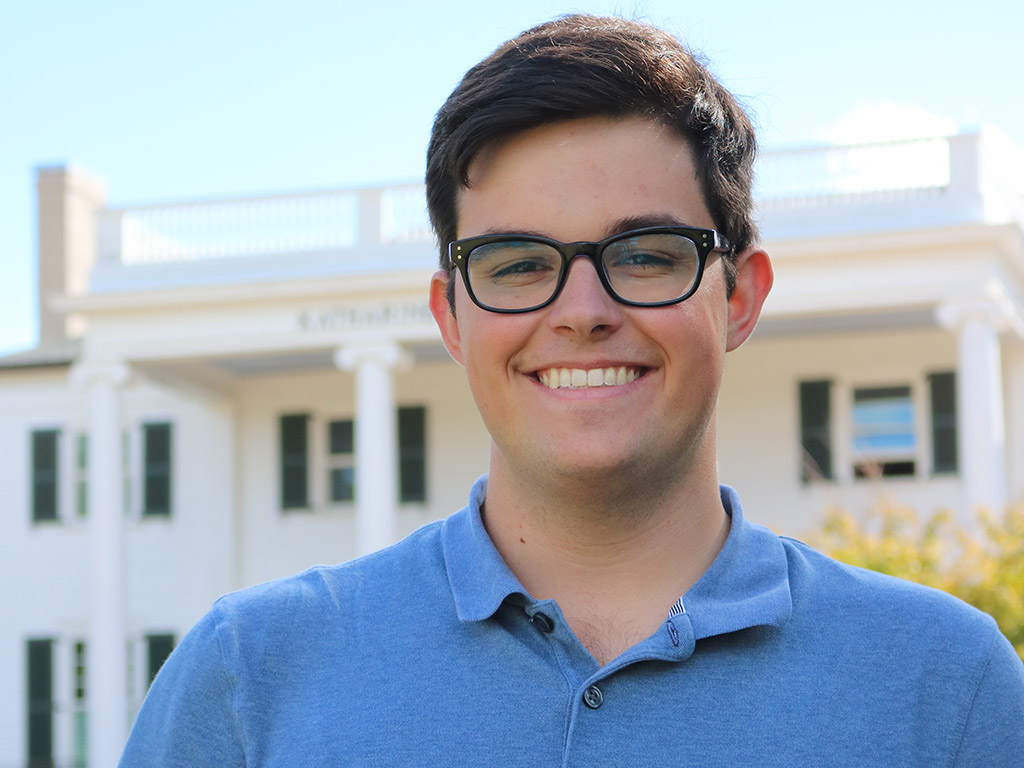